"Closed" can be an opportunity 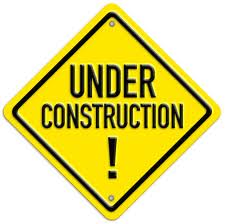 Often times, while I am travelling to Charlottetown PEI, I visit my favorite local restaurant/brew pub Gahan House. The other night was no different.

A colleague and I planned to go for a bite to eat and some of their stellar beverages. When we got to the restaurant we were disappointed to learn that they were in-fact closed, due to a renovation.

Instead, Gahan's had a pleasant woman, a server a presume, standing in the doorway of the closed restaurant with a stack of coupons. Since the parent company (Murphy Group) owns another restaurant across the street, we were pointed to The Brickhouse and offered a coupon for a free pint of Gahan's beer that they keep on tap at the sister restaurant.

We ventured across the street where our server took some time to explain to us that the Gahan House would be open the following week, that they would be maintaining the same neighborhood pub feel and that it would only be an improvement on the admittedly great pub.


The Brickhouse had an easy job from this point forward creating new (and maintaining old) brand loyalty.

As a side note, the Vegetable Beggar's Purse was excellent, the sweet and salty chocolate cake was great, and the Gahan's Red was, as anticipated, perfect.

I welcome your stories comments or suggestions.